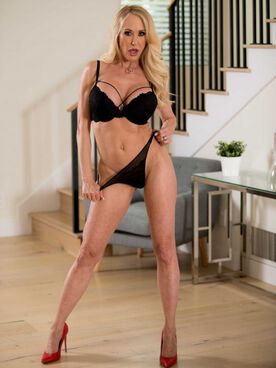 And somehow, she still finds time to stuff cock in her mouth. She has been nominated for many XBIZ Awards and AVN Awards. In 2013 she won a NightMoves Award for Best Cougar/MILF Performer (Editor’s Choice).